China’s August activity data indicates a further easing of momentum, which corroborates our view that the short-term growth cycle has passed its peak in the second quarter.

Similar to July, growth deceleration was fairly broad-based across domestic and external sectors. Even though one-off factors have contributed to the weakness, collective signals from July and August data do point to a genuine economic slowdown at the start of the third quarter.

However, with annual growth still set to beat the official target, we think such a slowdown will not be a concern to Beijing, nor will it trigger policy shifts towards easing. Prudent monetary policy, with moderately tight liquidity to restrain leverage, and proactive fiscal policy will remain the preferred policy mix for the remaining of this year. 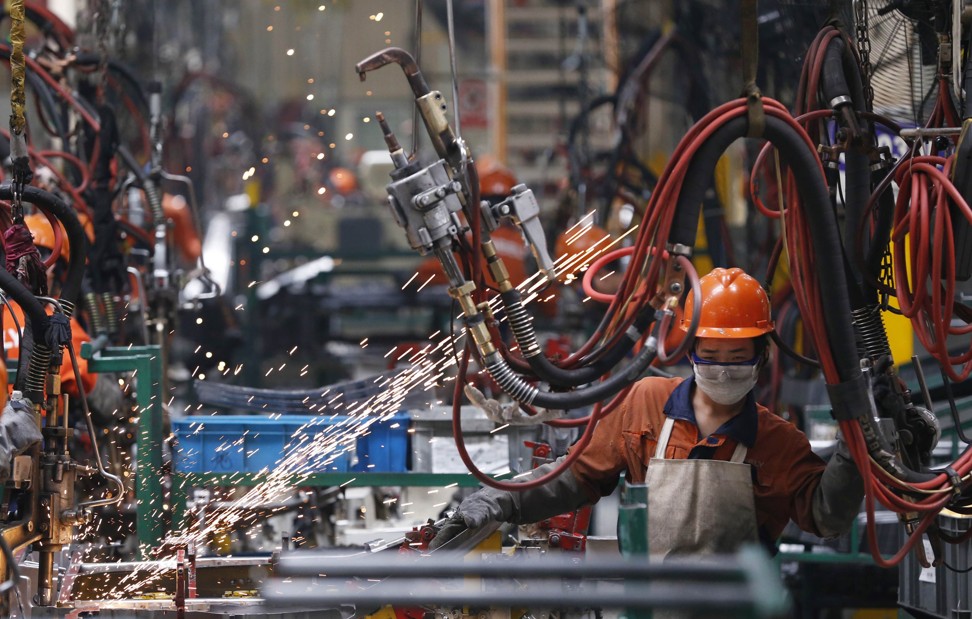 Delving into the August data, a broad-based slowdown was evident across the internal and external sectors. Exports slowed for the second consecutive month to 5.5 per cent in August. Given the still-robust external demand, as attested by purchasing managers indexes (PMIs) in the developed markets and emerging markets, we think the recent appreciation in the yuan might have started to erode China’s export competitiveness.

The September 11 move by the People’s Bank of China to cut the reserve requirement on the trading of foreign exchange forwards was a way to deter one-way appreciation expectation on the Chinese currency.

Some unwinding in the yuan’s strength against the US dollar is possible in the coming months, as China’s economy slows down and the US Federal Reserve accelerates the pace of its so-called policy normalisation (where it unwinds its balance sheet and raises interest rates) more quickly than the current market expectation. This should help to keep export growth steady between now and year end.

Domestically, the Chinese economy has run into a few one-off and long-lasting headwinds. Firstly, activity in south China has been hit by this year’s unusually hot weather, and some coastal regions have suffered from strong typhoons. These weather-related losses have depressed the July/August economic data, but should be recovered in the coming months.

Secondly, the government has stepped up its environmental protection measures by restricting production and investment in heavy-polluting industries. Continued capacity reduction in steel, coal and cement has also tightened supply. These have led to a 3.4 per cent contraction in the mining sector, which took 0.4 percentage point off industrial production growth in August. 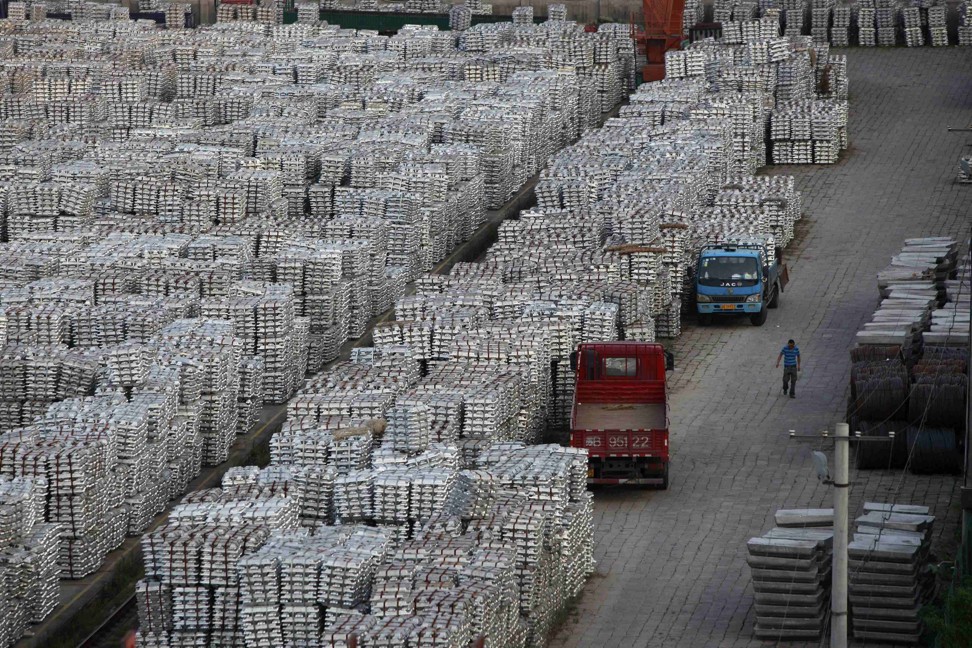 While most of the headline numbers are disappointing, August data did contain a few positive surprises. Manufacturing investment saw a uptick in growth, consistent with the rebound in the PMIs. Even though total retail sales came in below market expectations (10.1 per cent vs. 10.5 per cent), online sales, which are more reflective of households’ purchasing activity, gained further momentum, rising 34.3 per cent from last year. Online sales now account for almost 14 per cent of total retail activities in China. Finally, the housing sector showed a surprise, albeit small, rebound in August, due to, again, strength in lower-tier cities. However, it’s doubtful this recovery will last, given the ongoing policy tightening and rising mortgage rates. The housing sector will continue to drag on growth in the rest of 2017 and 2018.

Overall, despite the temporary factors – weather and one-off policy changes – complicating data reading, we believe there is substantiated evidence of a genuine economic slowdown since the first half. This anticipated slowdown is policy-induced and reflect the short-term pains of some policies that are designed for longer-term gains (e.g. financial deleveraging, environmental protection, and housing-bubble deflation).

The Chinese government will carefully manage the growth impacts of these policies to ensure a steady macro backdrop, against which structural reforms can be carried out. Striking a balance between short-term and long-term objectives will again become a challenge in 2018, as the economy re-embarks on a decelerating path.

2017-09-27
admin
Previous: EBRD launches Women in Business programme in Tajikistan
Next: Is it Time to Dump Woodford?

Johnson, Factory Data Could Preside Over Pound’s Fate This Week