China will continue to lead the world in disruptive business-to-consumer technologies as it mines the commercial benefits of its vast e-commerce and social media platforms, according to UBS.

The country’s investments in research and development in those fields and other disruptive technologies are on track to surpass spending by the United States next year, analysts at the Swiss global financial services firm said.

“In a lot of these consumer-based technologies, China is far better than the West,” said UBS equity analyst Sundeep Gantori at a briefing on the sidelines of the company’s Disruptive Technology CEO Summit on Tuesday. 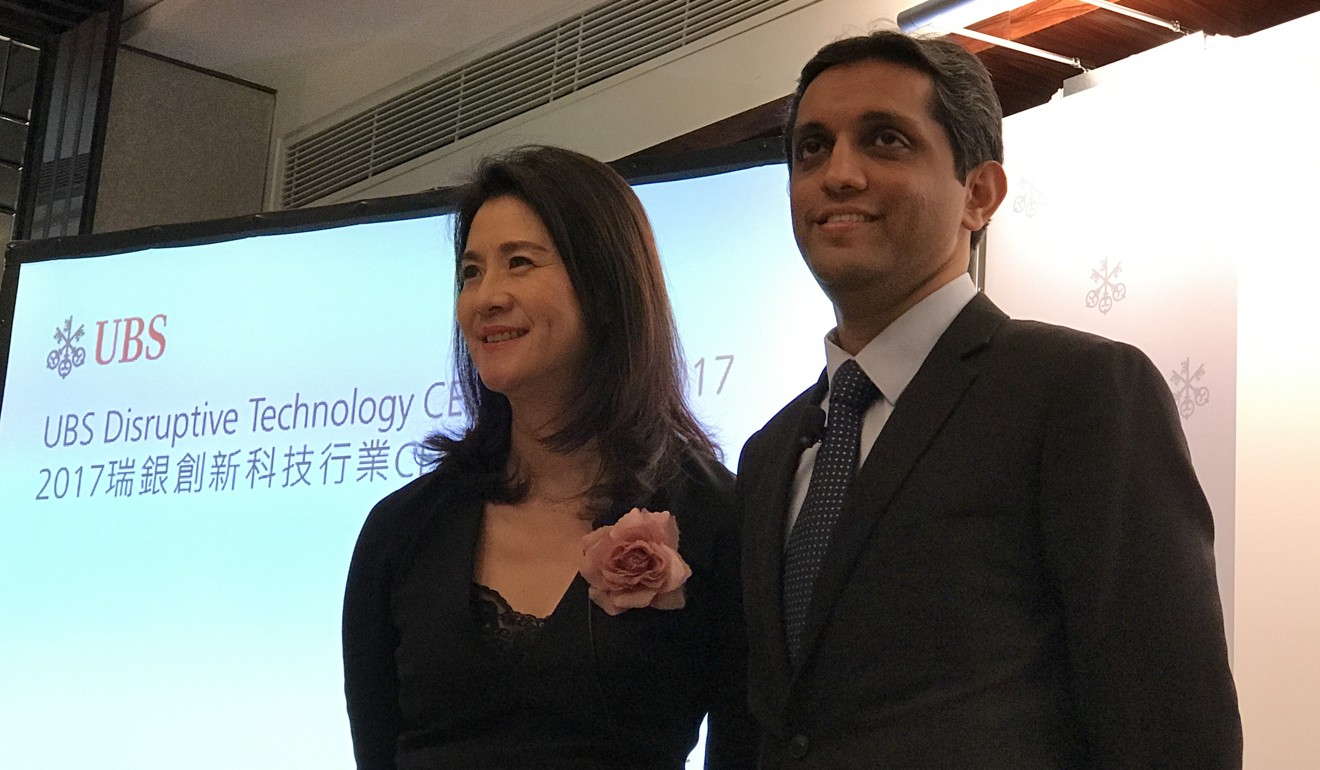 “Look at the way Chinese companies have monetised social networking apps, which is something that global companies are still struggling with.”

Tencent Holdings, the world’s largest video game company by revenue, provides the best example of such commercial success with its social media and messaging platforms, WeChat and QQ, which had a combined 963 million monthly active users in the quarter ended June 30.

Since its launch in 2011, WeChat has evolved into a must-have mobile app on the mainland, used for an array of activities, from shopping and getting food delivered to booking a doctor’s appointment and paying bills.

In a lot of these consumer-based technologies, China is far better than the West

Gantori pointed out that China’s e-commerce market leads that of the United States in the fast-growing online grocery segment.

He estimated that China’s online grocery sales have penetrated about 5 per cent of the domestic market, compared with around 1 per cent in the US.

Alibaba Group Holding’s Tmall.com and JD.com are the top online grocery providers on the mainland, according to grocery research organisation IGD.

UBS forecast the online grocery segment to have a 6.6 per cent share of the total domestic grocery market by 2020, up from 3.1 per cent this year.

The West leads China in the fields of robotics and automation, as well as financial technologies like blockchain, he added.

“In artificial intelligence, China still lags behind the US, whether in terms of attracting investments or talent,” he said.

Amy Lo, head of UBS Hong Kong, who also serves as chairman and head of greater China at UBS Wealth Management, said: “There will be an exponential growth in AI-related talent as the [Asia-Pacific] region transitions from old to new economy”.

A UBS report on innovation published on Monday predicted that China would already surpass annual research and development spending of the US by next year, without providing figures.

John Ninfo: Why would any consumer have credit card debt? – News – MPNnow

DEBATE: Mark Carney said that we are not in a consumer debt bubble – is he right?