Jesus Martinez (L) works at his bodega grocery store in the Queens borough of New York City in 2007. Tech entrepreneurs got pushback for calling their startup “Bodega.” 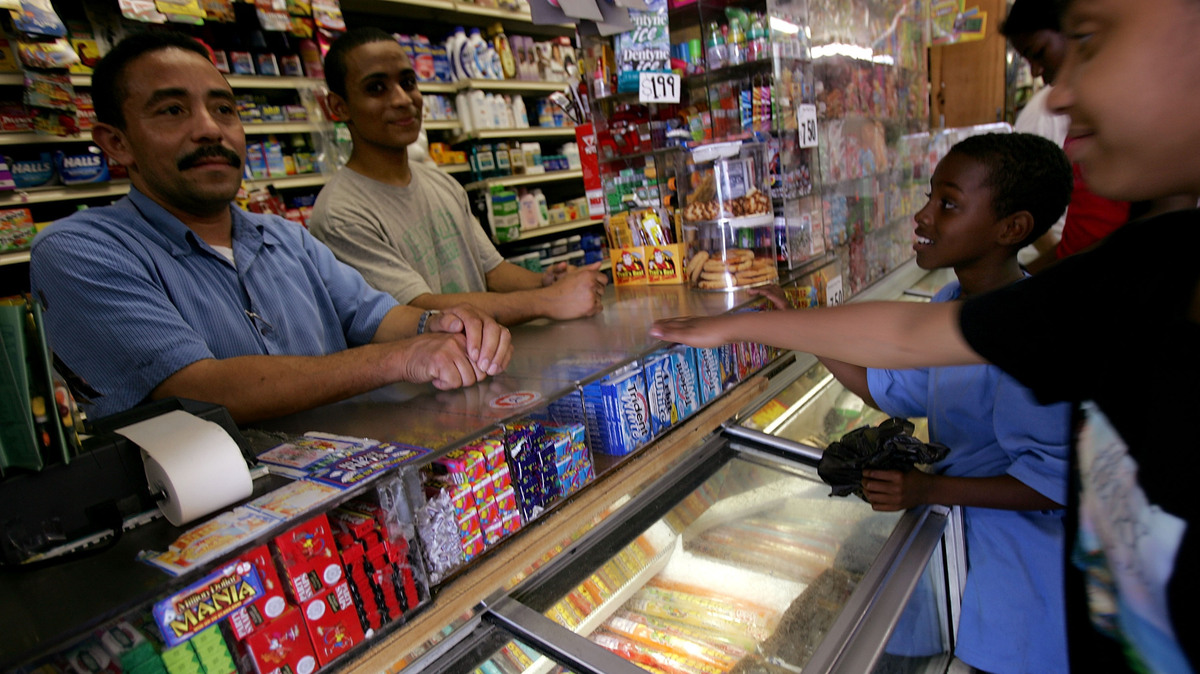 Jesus Martinez (L) works at his bodega grocery store in the Queens borough of New York City in 2007. Tech entrepreneurs got pushback for calling their startup “Bodega.”

A couple of high-tech entrepreneurs thought they’d put a personable name on an impersonal product.

Paul McDonald and Ashwath Rajan, formerly of Google, unveiled a box this week with glass doors, stocked with nonperishable items, that people can unlock with their cellphones while a camera records what they take and charges them.

It’s essentially a tech-connected vending machine. But the entrepreneurs chose a name for their venture that many people found offensive: Bodega.

Many bodegas are in Hispanic neighborhoods, run by Hispanic and Asian shopkeepers. They become a stop for people out to walk their dogs, or take a stroll from their apartments, who decide to linger for a few minutes to buy a magazine or candy bar and talk to other people about how bad the Mets are, how nice the weather is, and kvetch about politicians, landlords and the Number 7 train from Flushing.

Bodegas are often the place sixth-graders stop after school to buy a Coke or a candy bar. The bodega owner knows their name and tells them, “Run home and do your homework.” The bodega owner will often let a good customer just take something they need if they have no money until they get their paycheck.

There is no app for that.

Real bodegas are small, affordable businesses you don’t need a stock offering to open. But if the high-tech-minibar-faux bodega takes off, it could be at the expense of bodegas owned by real people, who keep a cat on the counter and become vital characters in a neighborhood.

“To me it’s like sacrilegious — you wanna take this name and use it to make money off it?” Frank Garcia, who chairs the state Coalition of Hispanic Chambers of Commerce, told the New York Post.

The instant reaction on social media was so sharp that Paul McDonald and Ashwath Rajan had to quickly write on Medium, “We did some homework — speaking to New Yorkers, branding people, and even running some survey work asking about the name and any potential offense it might cause. But it’s clear that we may not have been asking the right questions of the right people.

“Despite our best intentions and our admiration for traditional bodegas, we clearly hit a nerve,” said the entrepreneurs, “we intended only admiration.”

But their statement leaves a question unanswered. Will the name stay?

2017-09-16
admin
Previous: Iran recruits Afghan and Pakistani Shiites to fight in Syria
Next: Dr Mahathir reminded of his statement made in 2005