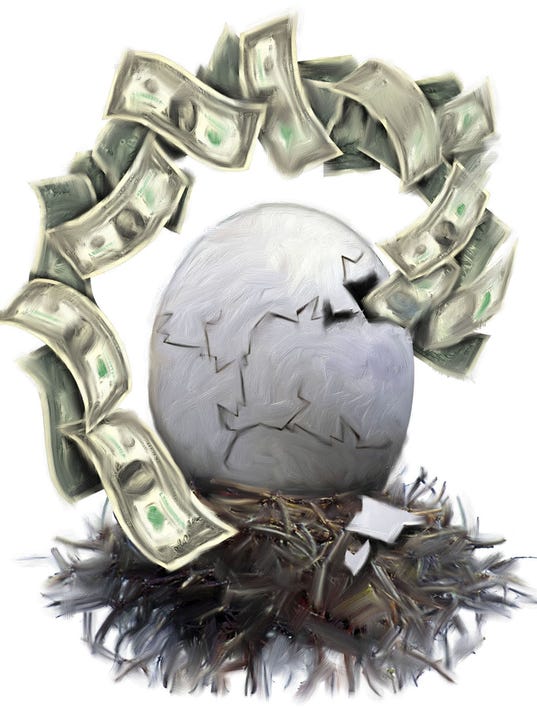 An outside adviser is telling Mississippi’s public pension system that it should change its accounting policies in a way that would sharply increase required contributions to keep the system solvent over the long run, adding to financial pressure on the Public Employees Retirement System.

GRS Retirement Consulting made the recommendations last week, as part of its audit of the system’s regular actuaries.

The consultants advised the PERS board that the pension system’s assumptions about how much inflation would rise in the future were too high, advising the board to lower them. Doing so would in turn alter how much money PERS expects to earn on its investments in the future, meaning the $27 billion in assets that PERS has on hand today would be expected to grow less, increasing estimates of a future shortfall.

That in turn, would force the board to demand more money from state government and other agencies that fund the system, and could set off a debate about whether lawmakers and others should consider different options.

The system assumes that inflation will run at 3 percent each year, and that it will earn 4.75 percent above that on its investments, for a total return of 7.75 percent. GRS, though, says that inflation assumption is too high, and says the board should consider planning around a rate of 2 percent to 2.5 percent.

GRS ran some projections of what the system’s long-term projections would look like if the system assumed a 2.5 percent inflation rate and a 4.25 percent return on investments, for a total return of 6.75 percent. Under that scenario, the main pension fund would only have enough money to pay for 54 percent of current and future benefits. To make up for that shortfall, employers would have to begin contributing 23.2 percent of payroll a year, up from the current 15.75 percent.

It would cost employers about $450 million a year if the contribution rate were to rise that much. Not all of that money would come directly from state government, because only about 20 percent of the employees covered by the system work for directly controlled state agencies. The Legislature, though, would face pressure to cover contributions for the 40 percent of beneficiaries who work for public schools and the 15 percent who work for universities and community colleges.

Remaining employees work for cities, counties and other government units. They’d almost certainly get no help from the state to pay for an increase.

Even only paying increased contributions by state agencies might be too much for lawmakers, considering stagnant state revenue trends.

GRS urged the system’s board to make changes quickly, but outgoing Executive Director Pat Robertson says the board needs to consult its regular actuaries.

Changes need to be made “in a deliberative fashion and not in a reactionary fashion,” Robertson said. “We are not in the funded status we need to be, I’ve said that before, but we have $27 billion on hand to help us get there.”

The recommendation comes at a time when the pension fund is already facing the possibility of mandating higher contributions. Projections presented last year showed that, even with the current assumptions, PERS would only be 63 percent funded in 2042. The current funding policy calls for being 80 percent funded by that year, and for mandating higher contributions if that projected level falls below 80 percent for two years in a row. The updated projections will be presented later this year, and the system will be aided by a 15 percent gain in the year ended June 30. But Robertson said the measure will still be close.

Southampton man, 75, in court for ‘dishonestly’ working and claiming pension