North Korea did it again. Within two weeks of a test of what it claimed to be hydrogen bomb – an act that earned its second round of United Nations sanctions in just two months – it launched another intermediate-range ballistic missile over Japan.

Compared to its first overflight in August, the missile flew higher and longer. In fact, it was North Korea’s most impressive missile flight demonstration, certainly in terms of range. It flew 3,700km, just enough to strike the US territory of Guam.

North Korea overflew Japan in 1998, 2009, 2012 and 2016 with rockets meant to deliver satellites into orbit. But its two launches this year on August 29 and September 15 are a new kind of provocation. These missiles are designed to deliver nuclear warheads to military targets in East Asia and the Pacific.

Notably, North Korea envisages using these weapons to strike the US territory of Guam early in a war. Its state propaganda regularly bemoans the presence of the US Pacific Command’s strategic bomber fleet on the island at Andersen Air Force Base.

While North Korea’s repeated ballistic missile tests may appear to be brazen provocations from an unstable and irascible leader, nothing could be further from the truth. Kim Jong-un’s actions, while provocative, are both rational and win him and his scientists important technical insights and improve the credibility of North Korea’s strategic deterrent.

On a technical level, these kinds of long-range ballistic missile tests allow North Korea to prove the performance of its long-range missiles on trajectories more similar to what they’d encounter during operational use.

The September 15 launch, in particular, saw the Hwasong-12 intermediate-range ballistic missile tested to what is likely its full-range – the maximum theoretical range of this system with a reasonably robust payload. The distance of 3,700 km was no accident. It proved that North Korea would be able to strike Guam.

That brings us to the strategic utility of these ballistic missile tests – North Korea intends to drive a wedge between the United States and its allies.

On the one hand, its long-range missiles, capable of reaching even the mainland United States, bring to the fore the old cold war problem of “decoupling” in East Asia. By placing Los Angeles and Chicago at risk, North Korea considerably increases the difficulty of the United States’ task in reassuring nations in East Asia of their safety.

Moreover, North Korea, in its state-run media, has repeatedly invited the United States and South Korea to modify their military exercises in exchange for a potential slowdown or cessation of ballistic missile testing.

For Japan the implication is clear, too. North Korean provocations that place its territory under direct threat are continuing precisely because the United States continues to maintain a forward presence on the Korean peninsula. The latest launch was intended to showcase that expanding UN Security Council sanctions would do little to stop Pyongyang. 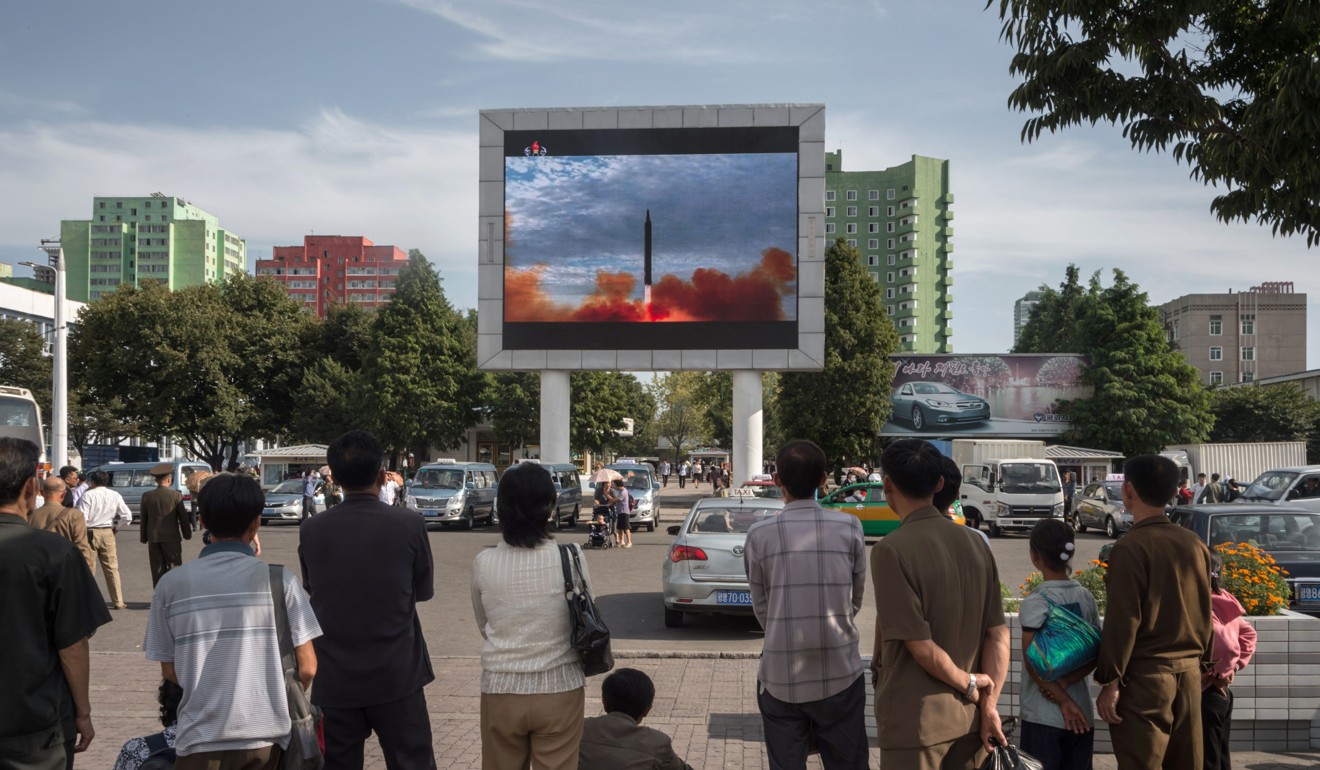 With every missile test, it is worth remembering North Korea’s overarching goal when it comes to its security policy: the country has long sought an end to the United States’ “hostile policy” towards it and it believes that its nuclear weapons, by straining US alliances, will allow it to achieve exactly this goal.

The “hostile policy” first and foremost includes the United States’ permanent forward deployed military presence in East Asia, but has recently extended to include everything from Washington’s push for sanctions at the United Nations and its strategic signalling in Northeast Asia. For example, through the use of B-1B Lancer conventional strategic bombers. 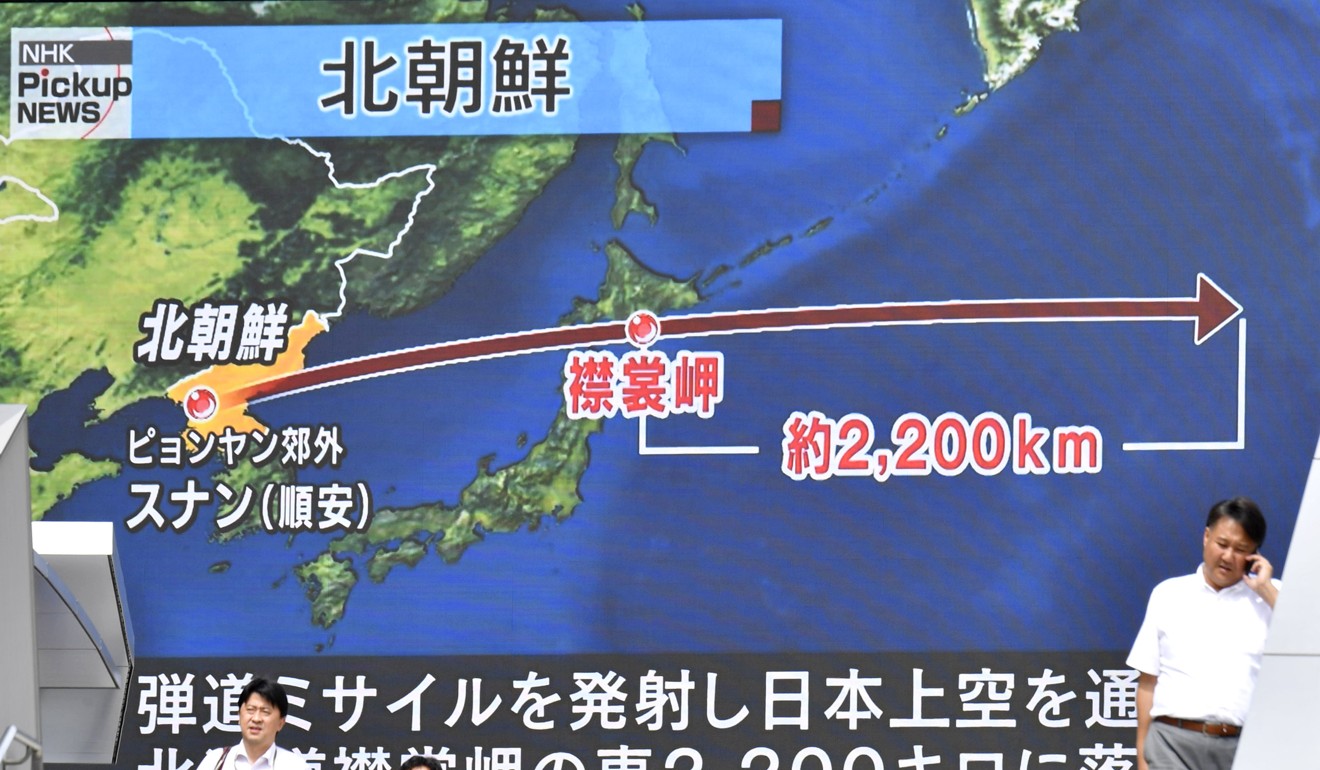 Will North Korea’s plan work? No. That appears unlikely, especially with the Trump administration at the wheel in Washington. Trump and his advisers remain content to remind Pyongyang that “all options” remain on the table – that a military option remains viable.

Following North Korea’s unveiling of its intercontinental-range and intermediate-range ballistic missiles this year, the conditions for stable deterrence may take some time to develop between North Korea and the United States.

Deterrence worked on a conventional level on the Korean peninsula for years, preventing a resumption of the Korean war. Today, however, as North Korea continues to test ballistic missiles and the United States continues to bluster and threaten Pyongyang in kind, the chances of a dramatic miscalculation are high.

Ankit Panda is a senior editor at The Diplomat where he writes on international security, diplomacy and economics in the Asia-Pacific region

JPT Toe-Up or Toe-Down: Does It Really Matter?