A CCTV image, received via the Metropolitan Police, shows a male jogger on Putney Bridge, in London, Britain on May 5. 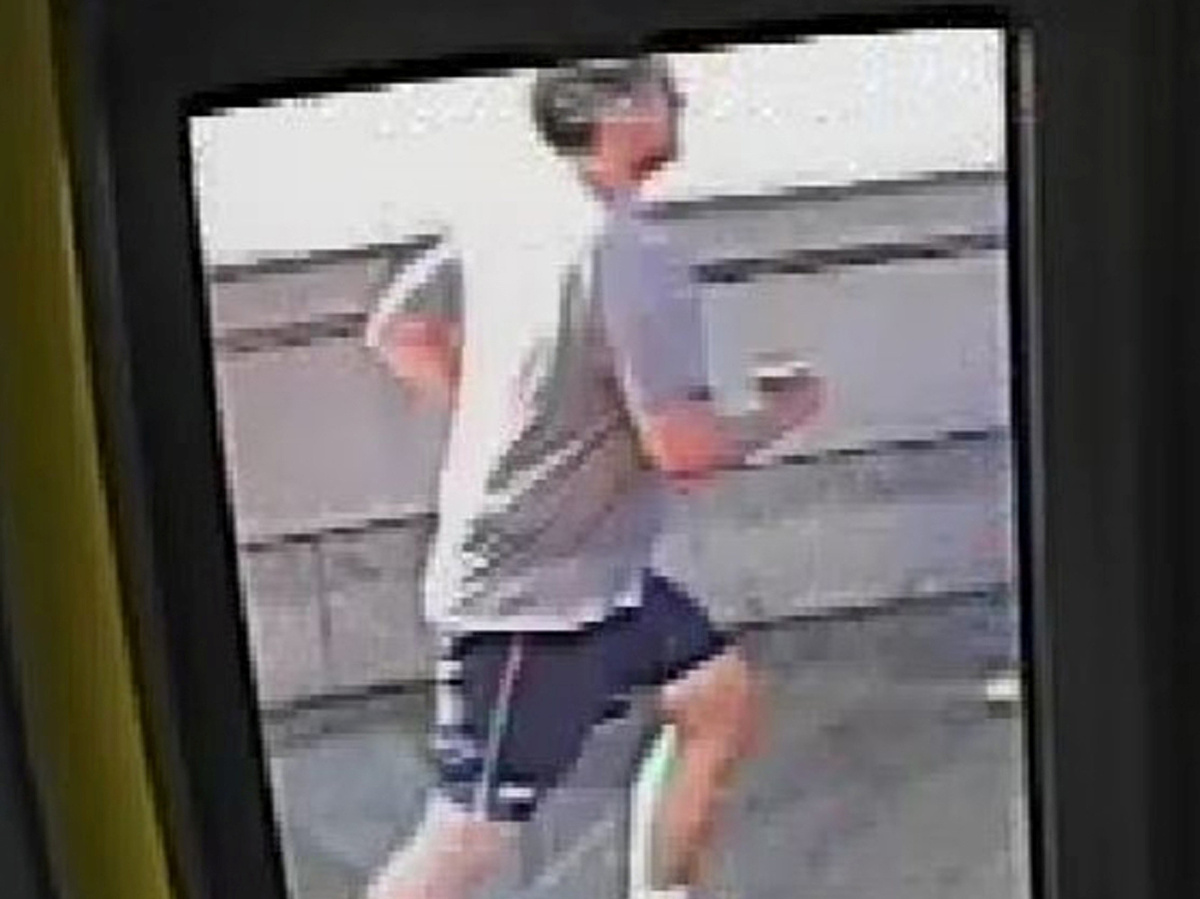 A CCTV image, received via the Metropolitan Police, shows a male jogger on Putney Bridge, in London, Britain on May 5.

Police in London say they have arrested a 50-year-old man over an incident caught on video in May when a jogger shoved a woman into the path of an oncoming bus. The bus driver swerved, narrowly missing her.

The incident happened three months ago but Metropolitan Police released the surveillance footage earlier this week, according to The Associated Press, as part of a public appeal to find the man who did it. They said in a statement that they received a “good response.”

The suspect is accused of causing the woman “grievous bodily harm,” and he was arrested from the upscale Chelsea neighborhood on Thursday. Police say he has been released but remains under investigation.

Authorities have not identified the suspect.

The video shows the 33-year-old victim, whose name has not been released, walking across the Putney Bridge in west London at about 7:40 a.m., when a man wearing a gray t-shirt and running shorts comes running toward her.

The incident happens quickly and based on the grainy footage, does not appear to be provoked. The man comes up to her and swiftly sends her flying into the road, and the oncoming bus quickly maneuvers to avoid her.

“The bus stopped and some passengers got off and rushed to the victim’s aid. She received minor injuries from the incident,” police say.

“The victim was put in extreme danger when she was knocked into the road,” Sgt. Mat Knowles, a police spokesman, told the Washington Post. “It was only due to the superb quick reactions of the bus driver that she was not hit by the vehicle.”

The same jogger returned about 15 minutes later, according to police, when he “came the other way across the bridge.” The police add: “The victim tried to speak to him but he did not acknowledge her and carried on jogging.”