Uber has had their fair share of press, both good and bad.
Video provided by TheStreet
Newslook 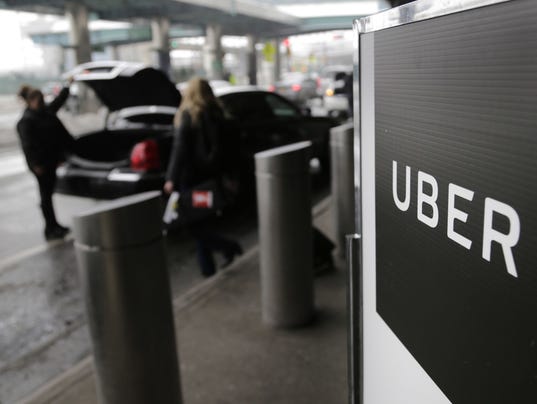 A sign marks a pick-up point for the Uber car service at LaGuardia Airport in New York on March 15, 2017. Travis Kalanick, the combative and embattled CEO of ride-hailing giant Uber, resigned June 20, 2017 under pressure from investors at a pivotal time for the company.(Photo: Seth Wenig, AP)

SAN FRANCISCO — In response to a chorus of complaints from its users, Uber is revamping privacy settings that it rolled out last fall.

Beginning this week, Uber riders using the iOS version of the ride-hailing company’s app will find a new series of privacy prompts that includes the ability to deny Uber the right to track your whereabouts. Uber is working on similar tweaks to the Android version of its app.

The new options for Uber app users are: Always (Uber is allowed to collect rider location information from the moment the app is opened until the trip ends), While Using The App (information flows to Uber while the app is visible on the screen) and Never (no info is trasmitted but riders have to manually input their pick-up and drop-off locations).

One of the old privacy features that gave many users pause was Uber’s ability to track the whereabouts of riders up to 5 minutes after a ride was completed.

Uber says the 5-minute feature was never activated on the iOS version of its app, and that it was disabled a few months after being initiated on the Android version.

The company maintained that the feature was to enhance safety, but for many the option was too reminiscent of some of Uber’s more notorious Big Brother tactics.

In 2016, Uber settled an investigation brought by New York’s attorney general by agreeing to encrypt rider geo-location. The inquiry was sparked by reports that Uber executives had access to riders’ locations, and that Uber displayed rider information in an aerial view known internally as “God View.”

Earlier this year, federal regulators began investigating an Uber practice known as “greyballing,” which allowed engineers to take over an app and create a screen showing cars that did not really exist.

The practice was used to steer regulators investigating Uber away from drivers, and was halted by Uber after being reported by The New York Times.

Uber’s legal concerns mounted Tuesday, just as the company appeared poised to announce that its choice for CEO, Expedia chief executive Dara Khosrowshahi, was signing on to take the helm of a company that has been rocked by internal scandals, lawsuits and market share loss to rival Lyft.

On Tuesday, Justice Department officials began investigating whether Uber executives violated a U.S. law against foreign bribery, according to a report in The Wall Street Journal citing people familiar with the matter.

Uber has grown very aggressively  in the eight years since it was founded and currently has operations in more than 80 countries.