Uber selects Expedia CEO to take over for Kalanick

Uber has had their fair share of press, both good and bad.
Video provided by TheStreet
Newslook 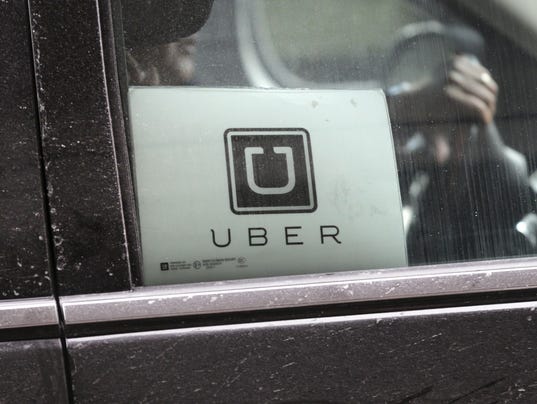 An Uber car drives through LaGuardia Airport in New York on March 15, 2017. Travis Kalanick, the combative and embattled CEO of ride-hailing giant Uber, resigned June 20, 2017 under pressure from investors at a pivotal time for the company.(Photo: Seth Wenig, AP)

Uber employees will be informed first before the company issues a public statment, the source said.

Expedia did not immediately respond to a request for comment.

The news was first reported in The New York Times and Recode, citing unnamed sources.

While the privately held tech start-up has been valued at $70 billion, a rash of problems in 2017 has caused that number to drop to around $50 billion, according to some experts. Uber’s 14-member team has been looking for a new chief executive since former CEO and co-founder Travis Kalanick resigned in June under pressure from investors.

The top names in the hunt were Whitman, who pulled herself out of contention with a LinkedIn post, and Immelt, who earlier Sunday withdrew his name from the competition by way of a short tweet. Reports indicated that Uber’s board was going to meet later in the day to vote on a third, unknown, candidate.

Khosrowshahi is an Iranian-American who has spent the past 12 years at the Seattle-based online travel company, according to his LinkedIn profile.

As CEO, Khosrowshahi oversees a company that “operates more than 150 travel transaction sites in more than 70 countries worldwide across its portfolio of online travel brands including Expedia, Hotels.com, Hotwire, Egencia, Venere, trivago, and eLong in China. Under his leadership, Expedia, Inc. has grown to become the largest online travel company in the world,” according to his profile.

Khosrowshahi also was at the helm when Expedia bought rival booking company Orbitz in 2015 for $1.6 billion.

Previously, Khosrowshahi led IAC Travel, which bought Expedia in 2003. Before that, he worked at investment firm Allen & Company from 1991 to 1998.

Uber has been in search of a new chief executive that can help guide the company in the wake of a series of scandals and lawsuits. A February blog post from former engineer Susan Fowler, which described a toxic and sexist work environment, triggered much soul searching in senior ranks as well as an internal investigation of the company’s policies.

Among the recommendations that resulted from former U.S. Attorney General Eric Holder’s investigation of Uber was a push to make Uber a more equitable place to work, from ensuring pay parity to bringing in more minorities.

While not much is known about Expedia’s track record on minority hiring, last year the company issued the results of a study indicating that women were 51% of its workforce and occupied 35% of senior management positions.

Technology companies have been trying to address their overwhelming white, male constituency, but progress has been slow. For example, while Facebook is making strides, women now make up 35% of Facebook’s global workforce, up from 33%, and hold 19% of technical roles, up from 17%.

Cleaning up a mess

Khosrowshahi is walking into a messy situation, one that has by some estimates cost Uber its overwhelmingly dominant position over rival Lyft.

In the wake of Fowler’s explosive post, Kalanick was contrite and said he was eager to find a COO to help him run the eight-year-old company, which had mushroomed in scale and scope from a small San Francisco company providing black town car rides to providing low-cost travel in more than 80 countries.

But Kalanick, known for his hard-charging management style that did not leave room for assistants, never settled on a COO. And the company’s problems only seemed to get worse.

A major Uber investor, Benchmark Capital, decided Kalanick was a liability to an investment now valued in the billions, and forced him to resign from the company he co-founded with Garrett Camp.

But while Uber’s board and executive management team went on a hunt for a new leader, a battle erupted between Kalanick loyalists on the board who even suggested Kalanick should play a significant role going forward, and those who agreed with Benchmark and felt Kalanick’s presence had to be minimized.

GE’s Immelt was seen by many experts as a choice that would bring professional corporate management to a company better known for its so-called “baller” culture, where Kalanick once had to write a pre-party memo noting that employees should not have sex unless it was consensual and they weren’t in the same chain of command.

The choice of Whitman was seen as a nod both to a respected Silicon Valley veteran as well as a woman who would come down hard on Uber’s reputation as a shop where, as Fowler experienced, women who complained about bosses sexually harassing them were instead told to keep quiet or risk demotions.

It remains to be seen what Khosrowshahi will bring to Uber. While he runs a global company in the travel space, the new CEO would be dealing with federal regulators who have been looking into some of Uber’s less savory tactics; a lawsuit by Google that could seriously cripple Uber’s self-driving car dreams; an internal culture that remains a source of concern for both current and prospective employees; and financial markets that question Uber’s ability to make a profit.

One of Khosrowshahi’s biggest challenges will be taking Uber public. His track record at Expedia has been impressive. Expedia’s stock is worth six times more than it was in 2005 when he was appointed CEO, easily outpacing the tripling of the Nasdaq 100 during the same time period.