3 Cryptocurrencies to watch in 2022: Logarithmic Finance, Flow and Zcash

How to Finance an Engagement Ring

Xiaomi’s Hong Kong listed shares dropped as much as 6 per cent to HK$11.46 (US$1.46) before paring the losses on Tuesday morning, the market’s first day of trading since India announced the case on Friday evening.

The directorate, part of India’s finance ministry, alleged Xiaomi had made payments disguised as royalties “on the instructions of their Chinese parent group”.

The smartphone maker created a “documentary facade” among “group entities” to send the funds overseas, said the enforcement directorate, adding “the company also provided misleading information to the banks while remitting the money abroad”.

Xiaomi, which has the biggest share of India’s smartphone market with more than 20 per cent, according to consultancy Counterpoint Research, said the payments under scrutiny were “legit and truthful”.

“These royalty payments that Xiaomi India made were for the in-licensed technologies and IPs used in our Indian version products,” the company said in a statement. “It is a legitimate commercial arrangement.”

Xiaomi said it was “committed to working closely with government authorities to clarify any misunderstandings”.

India is one of Xiaomi’s most important markets outside mainland China, and has long underpinned its international expansion.

Chinese-owned companies have faced pressure in India since deadly border clashes between the nations in 2020 hit diplomatic relations. India has banned dozens of apps linked to China, including short-form video platform TikTok.

The action on Xiaomi also underscored how Chinese-owned companies dominate India’s smartphone market, one of the world’s fastest-growing.

Realme, another Chinese manufacturer, is the second-biggest smartphone seller in the country, followed by South Korea’s Samsung. Brands owned by China’s BBK Electronics — Vivo and Oppo — were next in the ranking, according to Counterpoint. 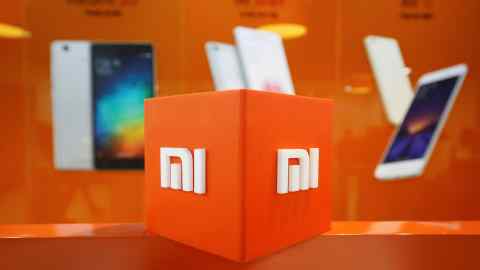 “This looks like it’s going to be a hiccup for the Chinese companies but not something that they’re not going to be able to overcome,” said Jayanth Kolla, a telecoms and tech analyst based in Bangalore.

The Enforcement Directorate has made a series of asset seizures against foreign businesses in recent months.

Last month, it accused US marketing company Amway of running a “pyramid fraud”.

Amway Global denied wrongdoing, saying it was “in full compliance with all local and national laws in India”.

Ivan Lam, a smartphone analyst at Counterpoint Research, said the investigation was a concern for investors as it could take up to six months. “Even if it’s [cleared up] in three to four months, they will be under the strict watch of the authorities,” Lam said.

Sales from India were more important for the Chinese brand this year because of the disruption created by China’s lockdowns in response to Covid-19 outbreaks in the country.

“The China market is down for quarter one and quarter two after the lockdowns and the demand side is very dim now,” Lam said. “India is the second-biggest market for Xiaomi [after China], so it’s very crucial.”

3 BIG STORIES YOU SHOULD BE AWARE OF TODAY … 1. DEPRESSING MILESTONE — Today, …