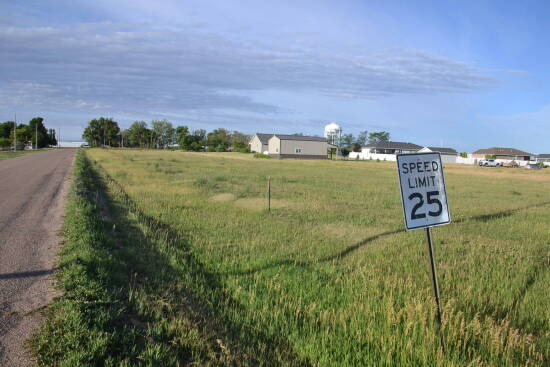 The McCook City Council agreed to annex a strip of property along West Seventh owned by the McCook Economic Development Corp.

McCOOK, Neb.  A parcel of property the McCook Economic Development Corp. has identified as instrumental for future housing was unanimously approved for annexation by the McCook City Council Monday night.

The MEDC requested the annexation of the property it owns north of West R along West Seventh, considered outside the citys boundaries. The property was purchased by the MEDC from North Pointe Properties in 2021 and is part of the Clary Subdivision, the site of new housing for low-income seniors at Clary Village and income-eligible families at Quillan Courts.

Charlie McPherson, MEDC director, told the council that tax increment financing (TIF) could be used to offset costs for infrastructure needs like streets and sewers and would help in attracting developers. Greg Wolford of W Designs said that a preliminary plat of the property would be presented to the council in the near future.

The property annexation was approved as an ordinance, that requires two more readings before going into effect.

Other TIF projects in the city, according to the  Tax Increment Financing Report 2022 presented to the McCook City Council in April, are:

Share
Previous US Dollar Firms Despite Recession Chat from Fed Chair Powell. Will USD Go Higher?
Next Secret Island Club is your safest investment yet. Find out why